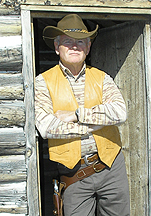 This week’s featured Southwest book series is The Warbonnet Mystery Series by Robert Kresge. The series is set in Wyoming in the 1870s and begins with Murder For Greenhorns. The books blend history and an ongoing romance with the mystery plots.

Robert is “a former CIA senior intelligence analyst and founding member of the Counterterrorist Center.” Wow! With that background, you might expect modern thrillers from him. But he says, "A life in intelligence work has taught me an important lesson:  History matters.  Life is sculpted from the raw materials of people, place, and time acted upon by the forces of personality, culture, and ideas.  I enjoy looking back at crucial points in history to reexamine the interplay of these elements.” 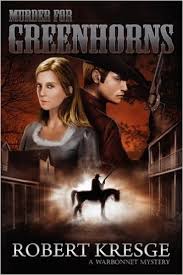 Here’s a review from Ann Hillerman, author of the award-winning Leaphorn and Chee Navajo mysteries, including Spider Woman’s Daughter and Rock With Wings

“Over the Brink, the latest installment in the captivating Warbonnet mysteries, takes the reader away from the Wyoming landscape the author describes so beautifully to the well-tended lawns of New England. School teacher Kate Shaw has returned to her parents’ tree-filled, tradition-bound small town. Marshal Monday Malone follows her there, and also visits burgeoning Chicago, both rendered so vividly that the reader steps right into the late 19th century. The well-paced romantic tension between the two escalates as they struggle to discover why several young women have been discovered bruised and dead, and why their bodies remain unclaimed. This entertaining and well-written novel is a fine addition to Robert Kresge’s worthy series. Bravo.” 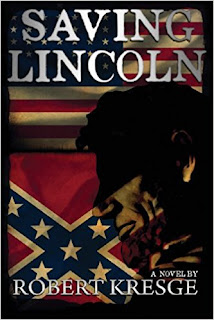 Robert is also the author of Saving Lincoln: “In the closing days of the Civil War, Beth Wendland, a burnt-out Union spy in Richmond, stumbles across a Confederate plot to send a wagon bomb to blow up the White House and kill President Lincoln while he’s meeting with his generals. Abandoned by her political masters, Beth must evade Rebel soldiers and the bomb’s mastermind to deliver the information to Washington before the conspirators can launch their deadly attack. Assisted by the Federal officer who loves her, Beth risks more than her life to snuff out the burning fuse of the world’s first vehicle bomb and prevent disaster on the eve of victory.”

Historical Novels Review says: “Robert Kresge will astonish audiences with his Civil War novel. He maintains balance between the realms of reality and fiction to complement his imagined tale. Saving Lincoln is a plausibly animated historical novel. Highly recommended.”
Posted by Kris Bock at 7:00 AM No comments:

Email ThisBlogThis!Share to TwitterShare to FacebookShare to Pinterest
Labels: mysteries 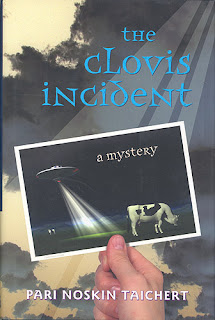 Over the next few weeks, I’m going to feature some book series set in the Southwest – contemporary and historical, fiction and nonfiction. First up is the Sasha Solomon Mystery series by Pari Noskin Taichert. From the book description:

Sasha Solomon - A quirky protagonist with a gently antagonistic aura.

Cozy mystery character Sasha Solomon lives in Albuquerque and works throughout New Mexico as a public relations consultant. As she travels, she keeps finding bodies – dead ones.

Kris says: These books give a humorous look at some of the less glamorous small towns in New Mexico. (It's not all Santa Fe and Taos guys.)

Here’s an interview with Pari from shortly after the first book came out. It offers some interesting insight into her series. 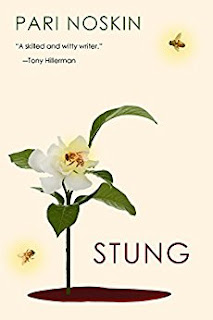 Pari is also the author of Stung (writing as Pari Noskin):

Introducing a new, fun and thought-provoking series from Agatha-award finalist Pari Noskin. From the book description:

Meet Darnda Jones, one of the stars of television’s popular Psychic 911. She’s made a name for herself because of a special skill: Darnda can communicate with nonhumans. Now she works as a natural pest controller to the rich and famous. Think of her as the Pied Piper of the insect, animal and plant world. In all, things couldn’t be better.

Who knew that working at a high-society wedding in one of Houston’s toniest suburbs could change all that with a single, well placed bullet?
Posted by Kris Bock at 7:30 AM No comments: