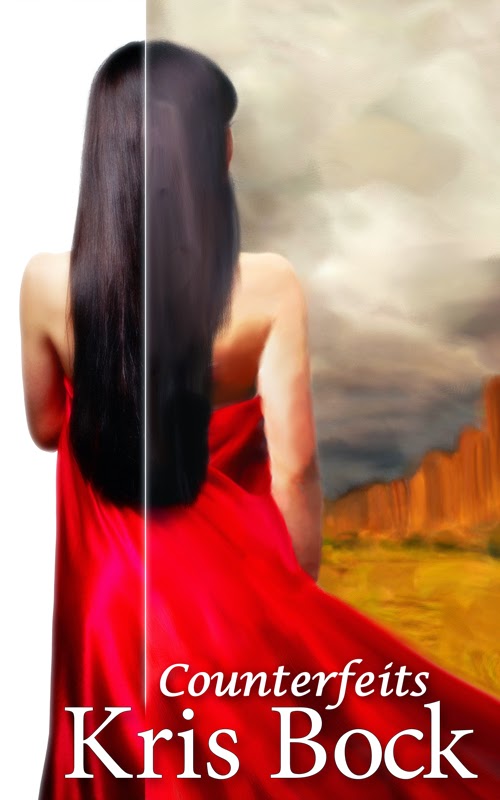 “Counterfeits is “the kind of romantic suspense novel I have enjoyed since I first read Mary Stewart’s Moonspinners.” 5 Stars – Roberta at Sensuous Reviews blog

Painter Jenny Kinley has spent the last decade struggling in the New York art world. Her grandmother’s sudden death brings her home to New Mexico, but inheriting the children’s art camp her grandmother ran is more of a burden than a gift. How can she give up her lifelong dreams of showing her work in galleries and museums?

"Kris Bock used all the things I love about this genre. Appealing lead characters, careful development of the mysterious danger facing one or both of those characters, a great location that is virtually a character on its own, interesting secondary characters who might or might not be involved or threatened, and many surprises building up to the climax. 5 Stars" – Roberta at Sensuous Reviews blog


“Counterfeits actually kept me guessing! Anyone who reads my reviews regularly knows how rarely that happens. I had theories and was on the right track, but I wasn’t quite there, and I was surprised when certain facts were revealed. I love when a writer manages to do that to me. Grab Counterfeits and keep trying to guess. Be surprised like I was.” – Rochelle Weber, Roses & Thorns Reviews

Counterfeits is romantic suspense in the Southwest that will interest fans of Terry Odell, Mary Stewart, Lillian Stewart Carl, and Barbara Michaels.