What We Really Found: The Murder That Inspired a Novel

I like to say that for a writer, everything is research. That attitude can help when things are bad. For example, when I had a car accident that left me with a fat lip from the airbag, I thought, Well, now I know what it feels like to be punched in the face.

You never know when experiences like these might be useful in writing a novel. Or in some cases, an experience might inspire the whole story. That happened a few years ago, on what started out as an ordinary day....

Two friends and I were exploring the mountains, looking for some suitable gravel to try gold panning (because, why not?). We found a likely spot and were about to take a sample when the guys smelled something horrible. A glance in the right direction showed them a dead body hidden just out of sight of the path.

The next hour passed in a surreal blur. None of us had a phone on us. We got back to our vehicles, where the phones were, and then had to find a place with reception. We called 911, waited for the police, and led them to the body. Later that night we were interviewed by detectives. By the following day, they had identified the body as a woman who had been missing. Seeing her picture on TV and learning about her family made the situation real in a new way. We wanted justice for someone we’d never met. Fortunately, they already had a suspect. Having an actual body instead of merely suspicions let them proceed with his arrest, but it took nearly a year to resolve the case.

As a writer, I knew I was getting rare first-hand experience into something powerful. I took pages of notes during that first week, even though I didn’t know how or when I might use them. I was fortunate to be with two men who talked openly about their experiences: the nightmares, the guilt over violence against women, the anxiety that came from now wondering what you might see in the bushes. 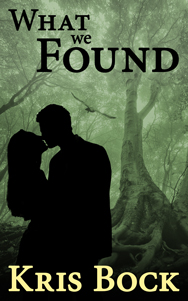 Three things struck me most strongly. First, we all felt deeply invested in the case, even though we’d never met the woman in life and didn’t know anyone else involved. We followed the news stories, and when the murderer was finally sentenced … well, I wouldn’t say we celebrated; more like we relaxed. This isn’t an experience I would wish on anyone, but we’re glad we helped bring a crime to light and a murderer to justice.

Second, it affected every aspect of our lives for weeks. Even though the likelihood of finding another body, or even witnessing a different crime, was extremely slim, we were on high alert at all times. It was a struggle to put it behind us while still honoring the memory of the victim and holding on to what we had learned.

And finally, we heard from someone in law enforcement that often people don’t report crime scenes like these. How could someone walk away from that? I started thinking about all the reasons someone might want to cover up their discovery, even if they had nothing to do with the crime. And that inspired my romantic mystery What We Found.

Several years passed before I felt distant enough from the experience to fictionalize it, but I still had all those notes and memories to draw on. Some elements of What We Found, mainly the emotional ones, are taken directly from that experience. Most character and plot elements are completely fictional. 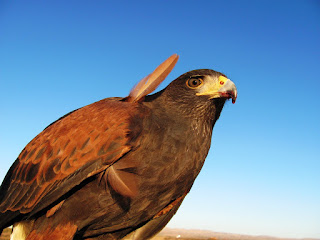 A personal experience does not have to be negative in order to inspire story ideas. I combined the murder plot in What We Found with something much more enjoyable. Through a friend of a friend, I met a man who raises hawks and falcons. My husband and I went on a couple of hunts with him, and I visited his home and got to meet both baby and adult birds. (Learn more about these experiences in a series of posts that starts here.) In What We Found, the heroine meets a mysterious young man who helps his grandmother raised birds of prey.

My other romantic suspense novels all have some personal angle to them. The Mad Monk’s Treasure and The Dead Man’s Treasure involve treasure hunting in New Mexico and draw on personal experiences of hiking in the desert and visiting the various spots that turn up in the books. Whispers in the Dark features archaeology and intrigue among ancient Southwest ruins and was inspired by a visit to Hovenweep National Monument some years ago. Counterfeits is set near Jemez Springs, in northwestern New Mexico, at a children's art camp. I've attended many writing retreats at a similar camp. (Learn more at www.krisbock.com or my Amazon page.)

All of these stories are fictional, but the real-life experiences help them feel real. After all, one benefit to being a writer is that everything – good or bad – is research. 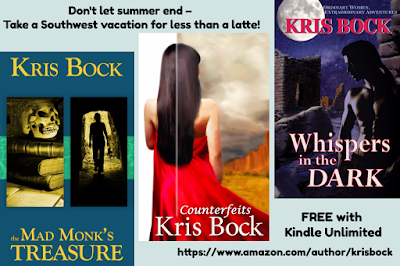 Kris lives in New Mexico, where she enjoys hiking, rock climbing, and watching the sunset from her patio. Her home office looks out on nature, complete with distracting wildlife such as roadrunners and foxes. Her BFA in photography is used mainly to show Facebook friends how lovely the Southwest is.

Fans of Mary Stewart, Barbara Michaels, and Terry Odell will want to check out Kris Bock’s romantic adventures. “Counterfeits is the kind of romantic suspense novel I have enjoyed since I first read Mary Stewart’s Moonspinners.” 5 Stars – Roberta at Sensuous Reviews blog