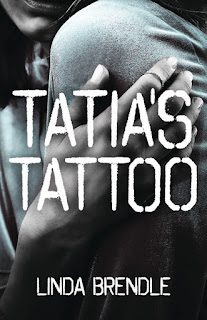 Tatia’s Tattoo begins on a Friday morning as Tatia Robins, a successful D.C. attorney, awakens from a nightmare that has tormented her for over a decade, a replay of her twelfth birthday when Eric stole her innocence and then sold her for the first time. After spending some time in prayer, she finishes packing and leaves for Royal Children’s Camp, a Christian camp for foster children where she first met Jesse and Mrs. G and now serves as a counselor every summer.

The journey to camp each year stirs up memories of her journey from a happy child in the arms of loving parents to one more statistic in the sex-trafficking industry in a small Texas town. She also remembers her day in court when she stood up to Eric, the man who was supposed to love her but instead branded her like a slave.

She is met at the airport by Mrs. G, the woman who recognized her as one of the least of these in spite of her skin-tight mini dress and the prisoner’s band around her wrist. Throughout the weekend, she looks forward to a reunion with other members of the Grochowsky Rescue Academy and with Jesse, the Christian tattoo artist and biker who waits patiently for Tatia to feel safe enough to tear down the protective walls she has built around herself. Will the love of her new family and Jesse’s surprise gift be enough to help her reclaim the power that Eric stole from her?

Tatia couldn’t breathe. She could feel his weight on her chest, his hot breath on her face – and pain – she felt hot, searing pain running up the center of her body. Then, he rolled off of her, and she could breathe again, but she wasn’t sure she wanted to. If she could hold her breath long enough, maybe she could go where Mama and Daddy went, to their Father’s house. Suddenly, he grabbed her by the shoulder and jerked her off the bed into a standing position.
“Go clean yourself up. My friend will be here in fifteen minutes. Stop your bawling and freshen your make-up. You look like hell.”
He turned to the bed to straighten the rumpled sheets. When he caught sight of the fresh bloodstains, he threw his hands in the air in exasperation.
“Was this really your first time?”
The only reply from the bathroom was the sound of running water and soft snifﬂing.
“I could have charged twice as much,” he yelled.
Tatia woke with start as her alarm clock freed her from the nightmare she had re-lived for more than a decade. She turned off the alarm and slipped to her knees beside the bed, asking God to take away the horror of the dream and to replace it with His light. Basking in the love she felt in response to her prayer, she rose and picked up her partially packed suitcase from the ﬂoor. She placed it on the bed, ready for last-minutes toiletries, and headed for the shower. She had a plane to catch and girls to rescue. 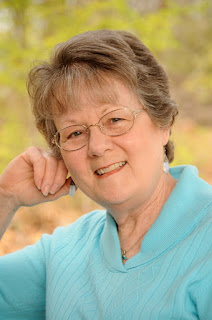 Linda Brendle first began to write during her years as a caregiver. After two memoirs, A Long and Winding Road and Mom’s Long Good-Bye, she ventured into the world of fiction. Tatia’s Tattoo will be followed soon by Fallen Angel Salvage, the continuing story of Tatia, her family, and Eric ten years later.

In semi-retirement from the business world, Linda holds a part-time job as secretary for her church and an on-line position as an accounting specialist for BookPros. She also writes a column for the weekly newspaper in the tiny East Texas town where she and her husband David live with their feral cat Kitty.

Where to find the author: