Start reading this #KindleVella serial now! The Four Winds: Regalia of Power - A #YoungAdult #fantasy in an alternate #historical world. 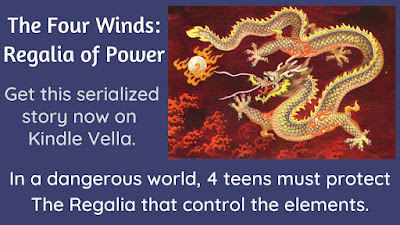 Take four authors, on two continents, with over 100 books published between them. Together they have created a Young Adult fantasy novel set in an alternative reality that jars everyday notions of time and space.

Four friends live in a dangerous world. They learn martial arts and magic, skills they take back to their war-torn homes: in a Europe overrun by violent gangs following the fall of Rome; an Australia where racist elites oppress Chinese miners; a Salt City in the Saharan desert, where a power-hungry dictator overthrows the matriarchy; and the American colonies, ruled by the grasping Brython Empire. Bound by friendship, these young people rally to protect The Regalia that control the elements.

Together they become a weapon that can destroy an entire city. In a worldwide game of cat and mouse, each object goes to one of the friends. Their quest becomes a mission to reach Constantinople, where they hope the regalia will be safe. But their challenges have only begun… 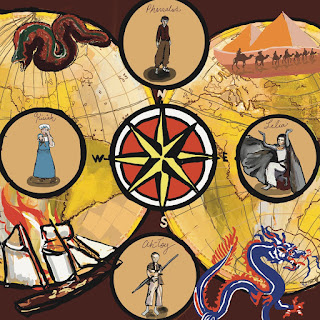 This epistolary novel, written in letters and journals, is available now on Kindle Vella. Read the first three episodes free. Then you can get free tokens (the key icon at the upper right of the page) for more free reads.
Please give us a 'thumbs up' for each episode you read. (The thumbs up icon is just after the author note after each episode.) Not only do we like being liked, but it helps us in the ranking so more people see the story.

Once you buy additional tokens, you can mark your favorite story of each week with a crown. We'd love to have some crowns too! Find out more about Kindle Vella serialized stories here.